Posted by Dave Updegraff on May 10, 2012
Posted in: Uncategorized. 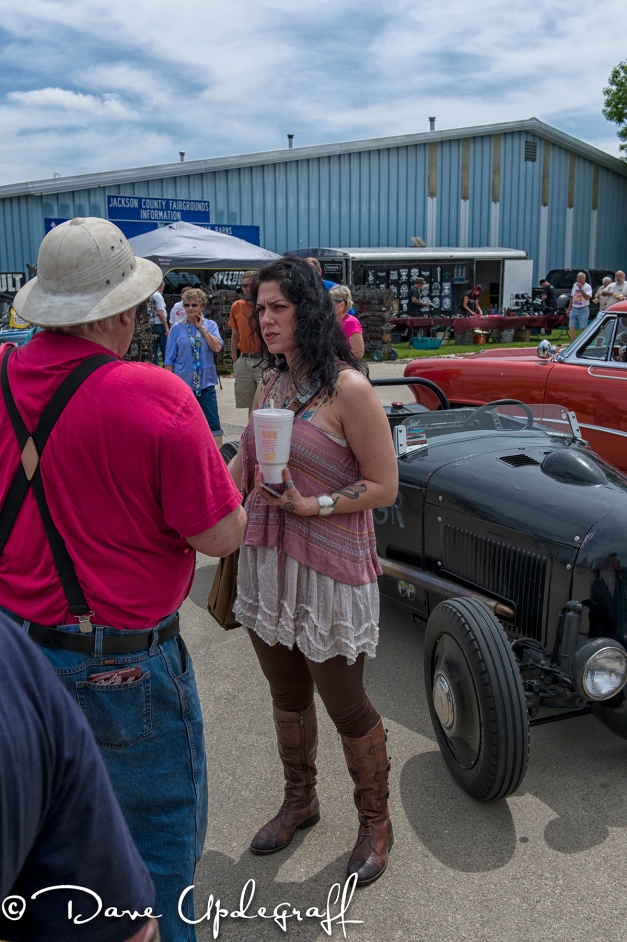 For those of you who are fans (like my wife) of American Pickers, this is Danielle Colby Cushman from that show.  I would not have paid any attention to her and more than likely walked right past her had I not been asked to take a picture.

I went back to Torque Fest Friday after work and as I was walking into the fairgrounds a guy I know yelled “He Upde come here.”  I thought it was a little unusual because he rarely speaks to me but he wanted me to take his picture with Danielle, which of course I did. 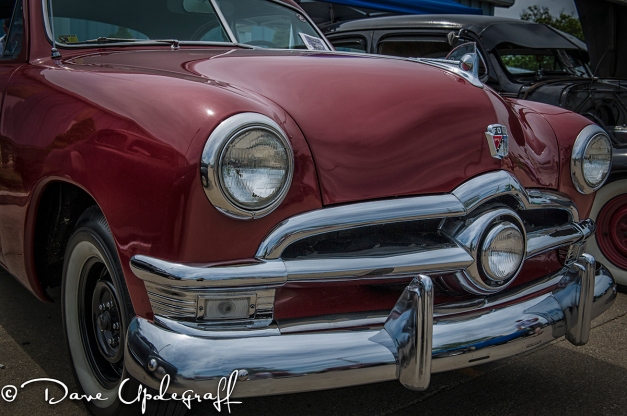 The image above is of a 1951 Ford.  A buddy of mine (back in high school) had one of these.  It was black and white and I think it was an old cop car.  He had loud pipes on the car and the funny thing was he kept several spiders in the back window.  In those days air conditioning wasn’t very prevalent and so that meant lots of flies.  He said it kept the fly population down in his car.  I know I always hated to ride in the back seat but being an under classman to him that was usually where I had to sit on those rare occasions I got to ride in his car. 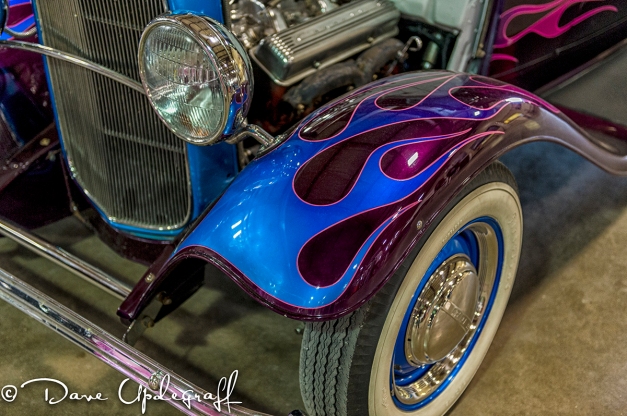 I’m not sure what vintage this vehicle was.  I saw it parked uptown on Thursday night.  It had an Illinois license plate and it was parked in front of the Decker Hotel so I figured it was here for Torque Fest.

It was on display at Torque Fest but I was surprised when I was processing this image of the serious paint damage to the front fender (not to mention all the dead bugs.)  I had not noticed them when I snapped the picture, I just liked the color of the paint scheme. So yes I did touch up the fender in Photoshop.

I have a few (actually lots) more from images from Torque Fest 2012 and I’ll show them as I find the time to process them.  I haven’t really even looked at all of them yet.  I just clicked away.  Many will get tossed but I think there are a few keepers in the bunch.

Have a great Thursday.  Thank you as always for checking out the blog and be careful.