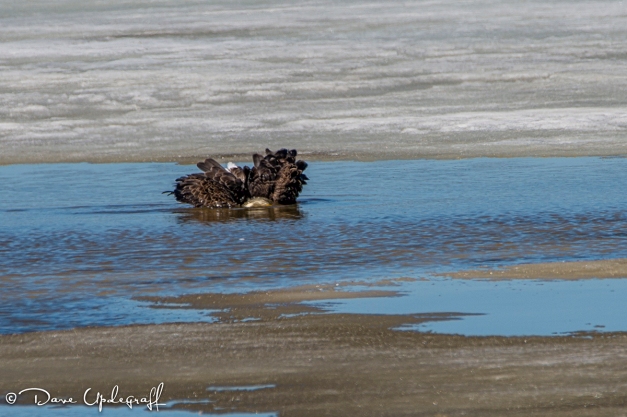 Lots to show you today with mostly eagles involved.  The image above is the continuation of my story about the eagle taking a bath in the river (which I photographed Saturday.)  The middle image of that post (yesterday) shows him staring at himself in the water.  This was the next thing he did, completely immersed his head in the water. 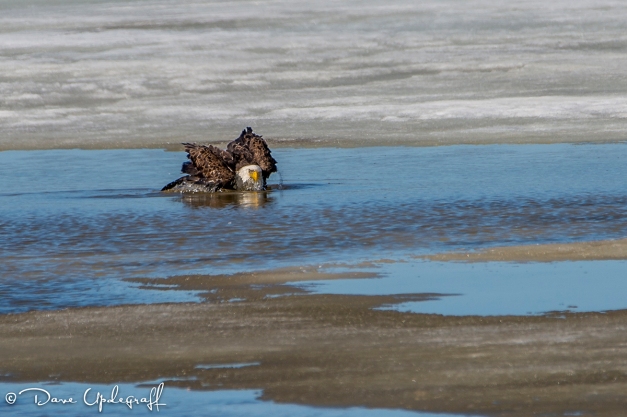 What goes in of course must come out.  It was at this point I still thought he was fishing a new way that I have not seen before.  Nope, just washing his head feathers. 🙂

Imagine him shaking his head in slow motion with the water flying all around.  Okay that’s probably a stretch.  Anyway it was great fun watching him play in the water and grooming himself.  He then flew over to a dead tree sticking out of the water and groomed his feathers. 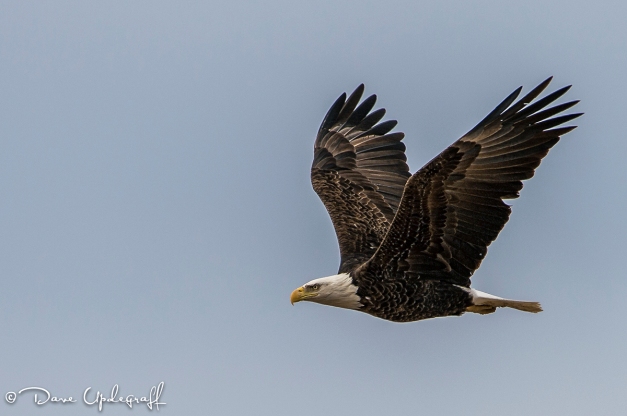 Jeanne and I went to Green Island wetlands yesterday.  My good friend Andreas had said there were Sandhill Cranes there and in fact he had captured many images of them on Friday.

It’s a long drive from where we live but for an opportunity to photograph Sandhill Cranes it’s worth the investment.  We arrived at Green Island with great anticipation, unfortunately we found no Cranes.  We weren’t too sad however as there were a large number of eagles in the area and lots of geese.  Jeanne never gets tired of watching geese.

So we drove all over the marsh and then decided since we were this close we would drive further down to Sabula.  We were not disappointed.  There were lots of eagles.  Most of which were too far out on the ice to get a lens on but just seeing that large number of eagles did my heart good.

Lots more images to look through and process.  I hope you like eagles because that’s what I’m going to have this week.  🙂