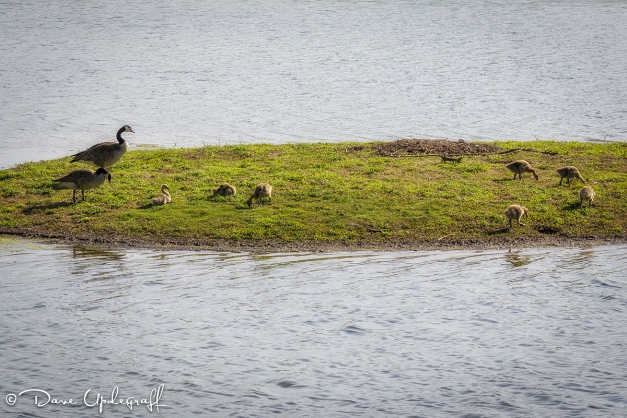 I do not usually post on Saturday but since I missed yesterday I decided I would put up a couple of images and relate a couple of stories.

The first two images on the blog today were taken at the Duck Pond on Thursday.  This family has taken over the little island from the two geese that had their nest destroyed by the swans.  I am hopeful that this family is not the same one I photographed a couple of weeks ago because if it is they are missing some of their young.

About the only thing going on at the Duck Pond right now is there are still a fair amount of geese there and some coots but the swans will come and go and are rarely there during the times that I stop by.  Once in a while there will be a pelican or two but not a lot of other wildlife that I have been able to capture. 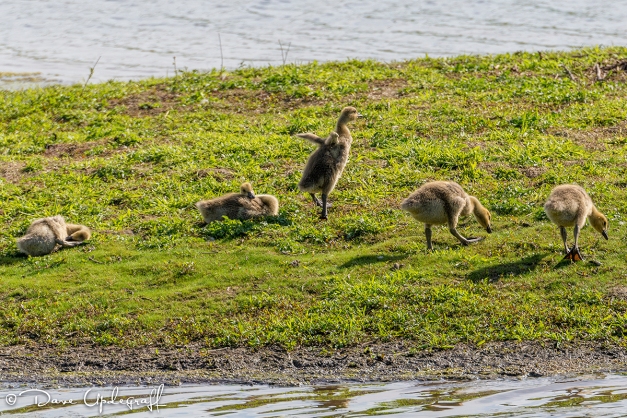 I took yesterday off so I could enjoy a 4 day holiday.  I’m really glad that I did too for a variety of reasons one of which was that it gave me a lot of time to work on the Phantom problem.  So I went through all my packaging and screw parts and found enough replacement screws that I could put the phantom back together.  I went through the process of rewiring the new gimbal, re-installing it and then hooking the phantom up to the computer.

It took me a few minutes to find the gimbal calibration (it is neatly hid in some of the menus) but I did find it.  The first settings didn’t do anything.  It made the gimbal shake (that was the software recognizing the gimbal) and then I found the control that let me set the parameters of the up and down pitch.  That made all the difference in the world.

I got it all put back together and took it up for a flight.  All seemed to work well and I had complete control of the gimbal action.  On the way down I got a little concerned that I lost some control of the copter and had to make some radical corrections to keep it from slamming into some trees and buildings.  I almost lost it on top of the school.  That would have been embarrassing having to go to the Principal’s office and asking if I could get my quad-copter off their roof.  🙂

That’s it for today.  Now you know the rest of the story.  Thanks for checking out the blog.

A special thank you to all veterans.  I cannot believe the sacrifice you have all made for this country.  “All gave some and some gave all.”  It is an absolute disgrace the way our government treats our military Heroes once they have given so much for our country.  We should all be ashamed and we should all let the self-serving sanctimonious  politicians know about it.  I’m going to.