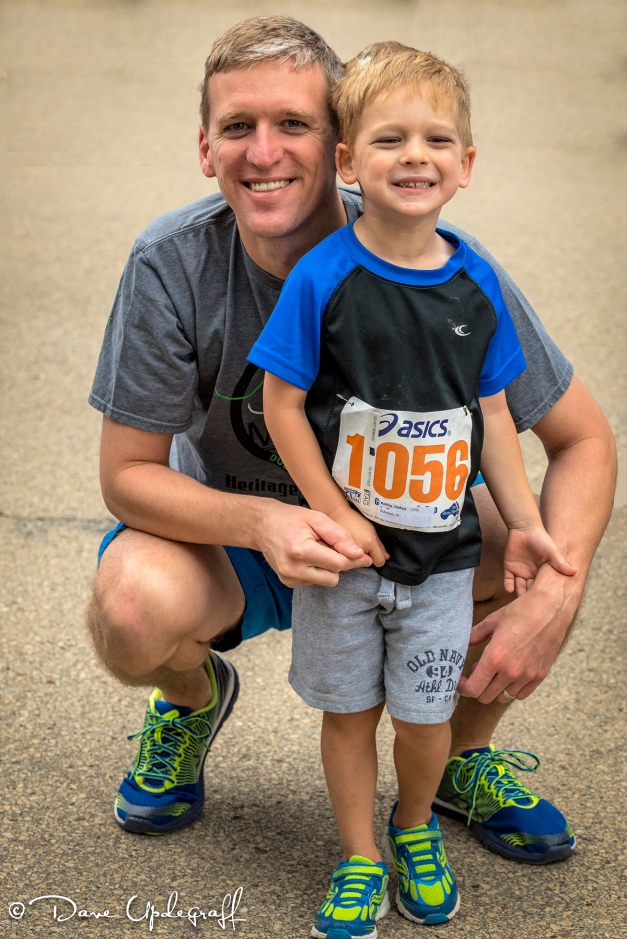 Yesterday was a fun day despite the crappy weather.  It was the 10th annual Grandview Gallop.  This is the first year in memory that Angie or Ben didn’t run in the event.

This was all about Joshua.  He and Ben ran in the children’s one mile run.  We arrived at the race about the same time as Angie and Ben.  Josh was pumped and very excited about his race.  I’m not sure any of us thought he would be able to run the entire mile but was sure that he would finish. 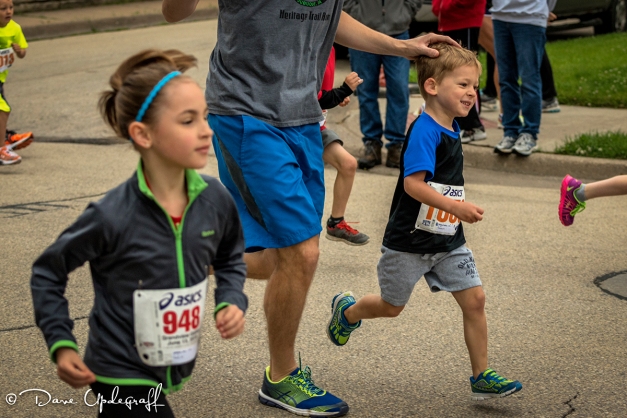 There were a variety of age groups that ran in the event.  Many parents ran with the smaller kids and as Ben and Josh went by our vantage point we made sure he heard our encouragement.

Ben said at one time Josh said, “I’m getting tired Daddy.” and Ben replied, “It’s a good thing you have your fast shoes on then isn’t it.”  To which Josh said, “Yes it is.” and then he increased his speed.  🙂 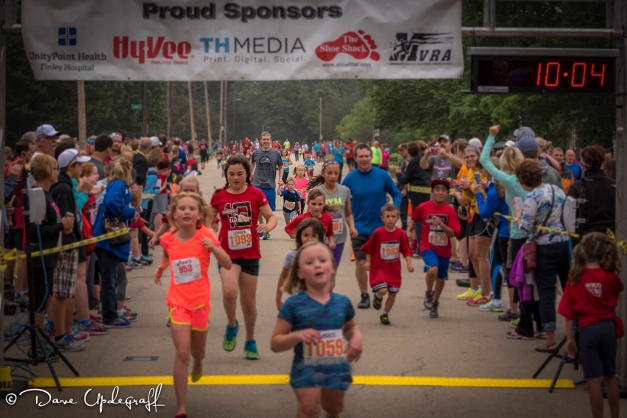 He finished the race in a very respectable time of 10:04 and had a huge grin on his face as he crossed the finish line.  Not quite as big a grin as his Dad had though.

Josh couldn’t wait to tell us all that he ran the entire time.  Ben confirmed that he indeed did run the entire mile without walking or stopping.  We were all impressed.

His trophy was this red-white-blue Popsicle and he displayed it with pride for all to see.

I saw a lot of young people feeling very good about themselves and the wonderful sense of accomplishment.  It was a heartwarming event for all who attended.

We hung around and watched the regular event as well.  It was a fun morning spent with Angie, Ben and the Grand-kids.  More images later.

That’s it for today.  Enjoy your Sunday and be careful.