It’s been a long time since I talked much about the gear I use in my photography.  I have bought and sold a variety of cameras over the years and truth be told I have too much gear for a person who does not make a living off of photography.

That being said I will readily admit that I am a gear head and love the equipment almost (almost) as much as the photography itself.  One of the things I learned last Summer when I was at the photography school in Nashville is that I’m not alone.  There were 14 other gear heads there as well.

If you follow this blog you know that I just had, a couple of weeks ago, a momentous birthday, a milestone as it were.  So subscribing to the philosophy that life is short so enjoy it while you can, I purchased a new Nikon D5 camera as a gift to myself for my birthday.  As of today it is the flagship camera for Nikon.  It won’t be for long as they are constantly offering improvements and new models.  Its 12 fps burst rate coupled with the fastest auto focus system of current cameras make it a pleasure to shoot with.  I currently have a Nikon 28 – 300 mm lens as my main go to lens for most shooting. 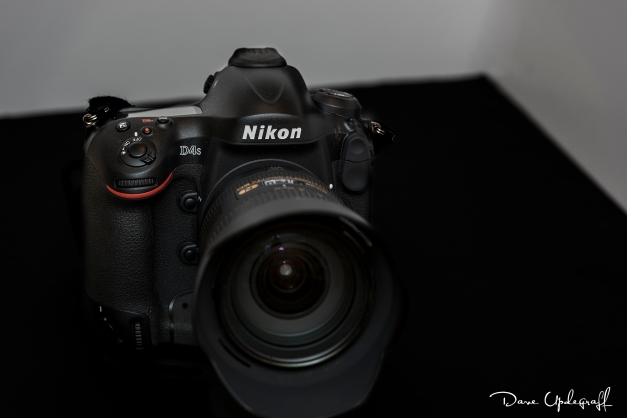 I also have the Nikon D4S, which I purchased about a year ago when it was considered Nikon’s  flagship camera.  I keep a Nikon  24 – 120 F4.0 lens attached to it and often times if I’m out shooting wildlife I will put the Nikon 200 – 500 mm lens for quick action like tracking birds in flight.

The D4S has an 11 fps frame rate and several improvements over the D4.

This is my first love.  The Nikon D4.  I keep the Sigma 150 – 600 mm Contemporary model lens on it and I have it set up to shoot at 1/1600 sec @ f8 and auto ISO.  Normally this is on a tripod with a gimbal head.  I have had some really good success photographing eagles using this combination and it has not disappointed me yet.  I first happened on this set up when I was returning from Green Island and saw a guy in the parking lot of the Off Shore Restaurant near Bellevue flying remote-controlled airplanes.  I asked him if I could photograph his airplane and I got a lot of tack sharp images of his P51 Mustang in air moving much faster than an eagle does.

That’s all I have for you today.  Please have sympathy for my wife.