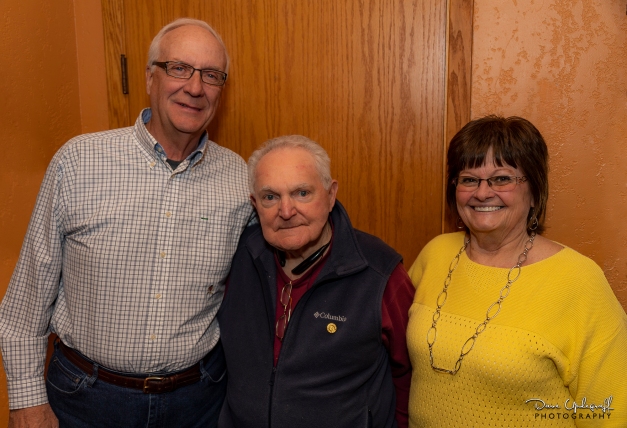 Last week I received a call from my friend Vicki asking me to join her and others for a lunch in Mason City to support long-time Rotary District Secretary John Last.

I hesitated a moment because I realized that Mason City is a 3 hour drive from Dubuque and then said okay.  🙂

We had a two-hour lunch and had a lot of fun reminiscing about the past.

John is being asked to retire from his District Secretary position.  I won’t go into the details of the situation but I am disappointed in the way it was handled, which in my view is not the Rotary way.

It was a long day but I was glad to see Dick, Vicki, and John.  It and they made the drive worth while.