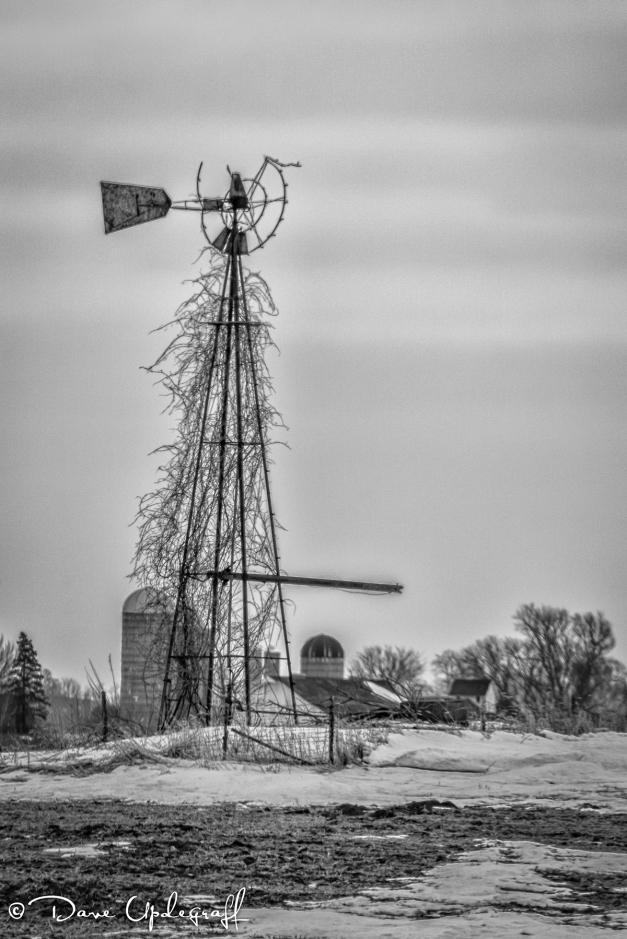 I had lunch with friends yesterday and then had to concentrate on just getting home with the snow storm so I didn’t capture any images yesterday.

This old windmill was from Tuesday and made as I was coming back to town.  I like to capture images of windmills against interesting skies or near old farm structures, but this old guy (who is near or at retirement) caught my attention.

The windmill itself is in serious disrepair and the growth up its spine makes it clear that it no longer is able to perform the purpose for which it was originally intended.  Sort of like us when we get to a certain age.  🙂

Anyway on that happy note I will bid you adieu.  Thanks for stopping by.

Enjoy your day, be careful, and be aware.

I normally do not post on Saturday but since I missed yesterday I’ll make up for it today.  I didn’t post yesterday even though I fully intended to because this image took so long in post process.  I wanted an image of the tractor and the windmill in the same frame.  However there were too many power lines in the frame.  The only way to capture both the tractor and windmill was to include the power lines in the image.

Power lines are the bane of photographers.  I hate them.  Yes I know they are necessary but one would think in 2015 we could find a better place for them.  So should I have just shown the image as it was or tell you that I spent an hour and a half taking all the power lines out?  There were 8 of them.    I can’t tell you how many times I’ve taken what I thought (in camera) was a great image only to find those dreaded power lines prevalent in the image during post processing. 😦

I was on highway 61 headed back to Dubuque after the retreat at Camp Courageous, when out of the corner of my eye I spotted this old McCormick tractor.  I continued a half mile down the road and finally won the argument with myself to go back.  Once I finally got off the four lane I had some difficulty actually finding the tractor and getting to a place where I could photograph it.  The evening sun was getting very soft and yellow and I just couldn’t pass this old-timer up. 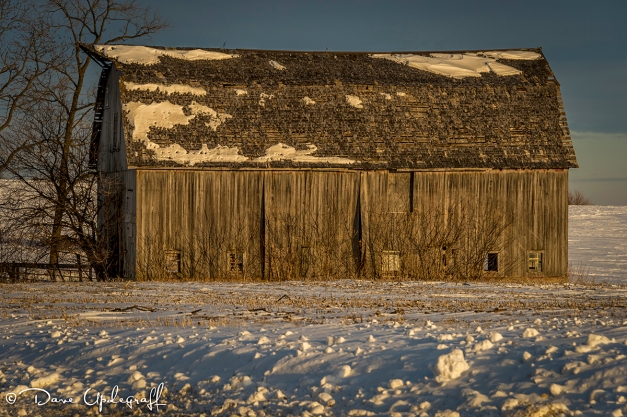 I’ve photographed this old barn many times in the past.  The warm sun was bathing it in soft yellow light and I couldn’t resist pulling over and grabbing another image of it.  I hope you enjoy this old structure as much as I do.  I’m beginning to see a pattern here of “old things.” 🙂

That’s it for today.  Hope you have a great weekend.  Thanks for stopping by and be careful.