Posted by Dave Updegraff on July 29, 2013
Posted in: Uncategorized. 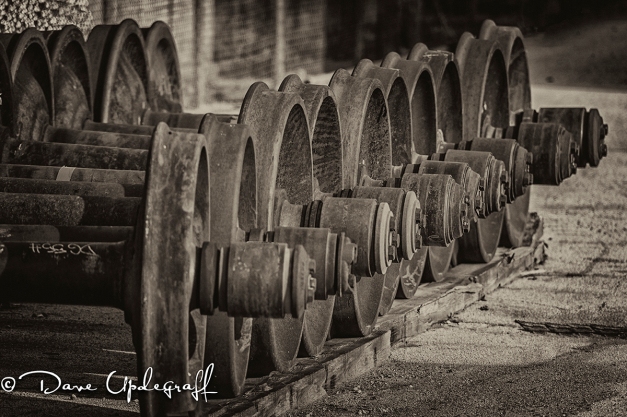 Happy Monday.  Hope you had an enjoyable weekend.  Yesterday Jeanne and I went to the River Walk.  We always see some interesting things there and there is always something to capture an image of.  We particularly wanted to see the old ships, Nïna and Pinta.  I could only get so close to them and then you had to pay.  Jeanne and I took a tour of the Nïna several years ago with the kids.  That was back in the days of film and I have many images of that tour.  So I wasn’t interested in the tour again.  Besides from where I would have to pay to shoot I would have been shooting directly into the setting sun.

So we hoofed it around the River Center and shot them from the other side.  Lots of clutter but I did manage to get some shots of the two tall ships.  While we were on that side of the harbor we discovered a train wheel bone yard. 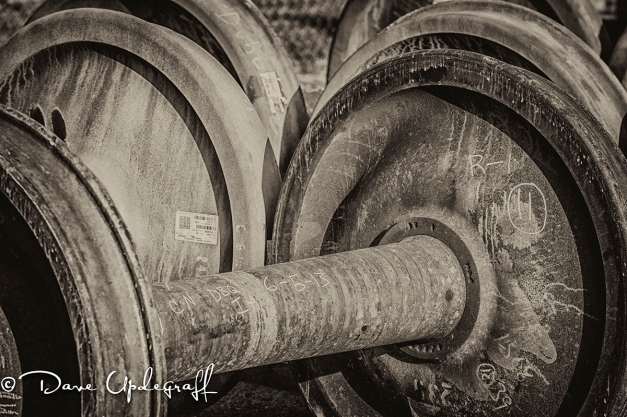 Lots of discarded train wheels and axles for one reason or another.  Many of them had “bad” painted on the axle or wheel, still others were lined up just sitting in the sun gathering more rust.  Anyway they caught my eye and they looked interesting.  We spent several minutes looking at the collection of wheels.

We arrived at the river in time to see the Twilight pull in and dock.  There was a band playing at the gazebo.  Sue Hattel a friend of ours was playing her clarinet with the band.  I wanted to capture some images of them playing but they were in the shade of the gazebo and I would have had to make a bunch of adjustments to the camera so I opted for lazy and just enjoyed the music for a time.