No blog yesterday as I had so many things I had to get done in a very short amount of time.  By the time I got them all done I was completely out of time so I apologize for that.

Sunday afternoon Jeanne and I drove down to Green Island Wildlife Preserve.  I’ve wanted to go there for the last couple of months and for what ever reason I haven’t made it.  It is about an hour down so it’s a pretty good time commitment.  On the way down we were filled with anticipation and excitement of what we might find.  There was lots of water in the fields nearby and in the past when the water level was high that meant an abundance of wildlife.

I knew that from talking with friends that the migratory birds would probably be gone but I’ve always found lots of other interesting things to shoot at Green Island. 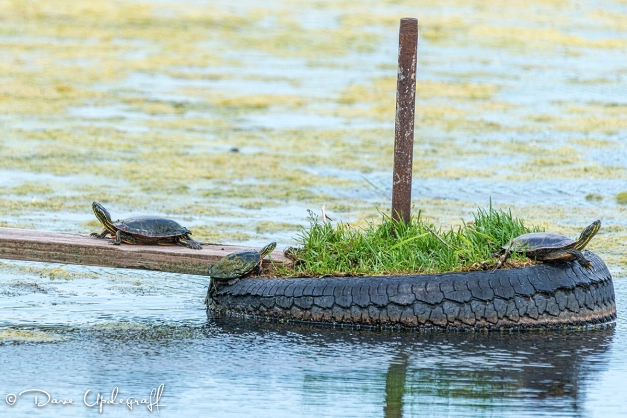 We slowly drove the canals looking for any sign of life.  We saw lots of dragon flies.  It must be their mating season because most were flying connected with another one.  I tried a couple of times to capture an image of them flying but that proved to be a near impossibility without some set up and waiting time.  So we drove on very slowly and carefully waiting for the right moment to capture an image.

We saw some Great Egrets and several Blue Herons but they were so far away I couldn’t get a lens on them.  Funny thing was even that far away when I would stop the car to take a look at them they would fly away.  I’ve been able to get very close to both species in the past but they were on high alert today for some reason. 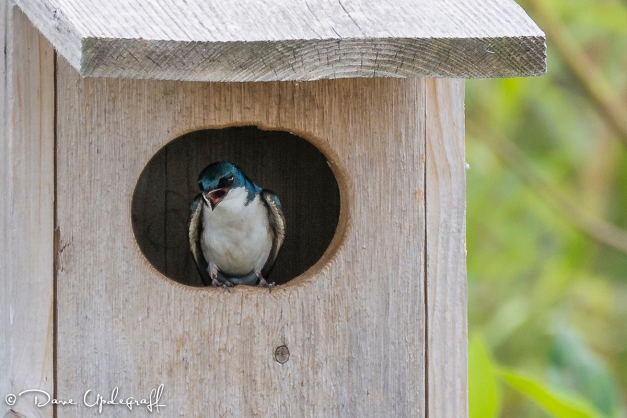 Finally on our way out of the Preserve I thought I could see a small bird in a bird house in the middle of a canal.  I shot several images and discovered this little guy.  Since I’m not very good at identifying birds in full side view I have no idea what he is.

That’s it for today.  A disappointing trip from a photography standpoint.  However time spent with my Queen is always enjoyable and the scenery was wonderful as well.

Thanks for stopping by the blog.  I hope you enjoy your day.  Remember the sunscreen and be careful.